Back in the 90s and early 2000s, Sonu Nigam was an absolute rage in the film industry. He did playback singing for almost every top actor in the industry. The actor, who is currently in Dubai amid lockdown spoke to Bollywood Hungama recently about who did he love to sing for the most in the industry. 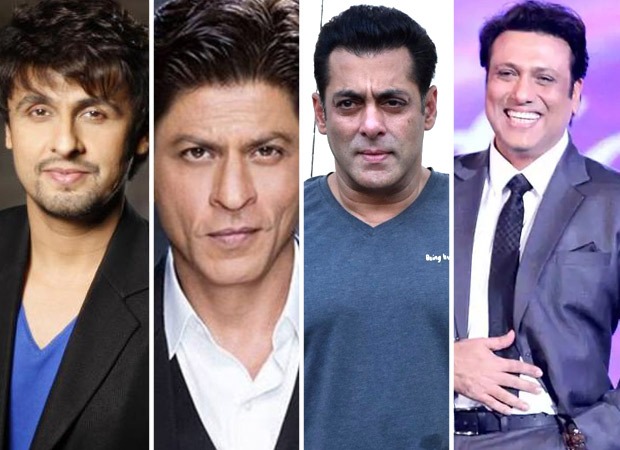 Sonu Nigam admitted that he loved singing for Shah Rukh Khan and Salman Khan but his songs with Govinda are unforgettable. “In the 90s, I used to sing for Govinda, Salman Khan, Shah Rukh Khan, and Akshay Kumar. I had sung consequential songs on SRK back then like ‘Yeh Dil Deewana’ (Pardes), for Salman I sang like ‘Aisa Pehli Baar’ and ‘Aate Jaate’. I sang ‘Jaaneman’ in 2005. With SRK and Salman, our journey continued in the 2000s and we worked on some good songs together. I worked with Govinda in the 90s only and it was the best work with songs like ‘UP Wala Thumka’. I used to imagine him like ‘What will Govinda do in this song?’ while bringing the fun flavor to it.”

Giving an example of ‘Bekarar Main Bekarar Dil’ from Hadh Kar Dil Aapne, he revealed how he worked on the vibrato part of the song keeping Govinda in mind. “ Though I have not sung songs like ‘Kal Ho Na Ho’ for Govinda or ‘Sau Dard Hai’ which I sang for Salman, the fun element songs that I worked on with Govinda should be praised equally,” he added.

Singing a few verses of ‘What Is Mobile Number?’ and ‘Neeche Phoolon Ki Dukan’, Sonu praised Govinda by saying, “He has done so well while performing these fun songs. People will always admit that Shah Rukh Khan and Salman Khan, those songs were really good. But, the work that I did with Govinda is unforgettable.”

ALSO READ: Salman Khan makes a quick trip from Panvel to Mumbai to meet his parents after 60 days