Singer Vishal Mishra has won the hearts of many with songs like ‘Kaise Hua’ from Kabir Singh, ‘Veere’ from Veere Di Wedding and ‘Womaniyaa’ from Saand Ki Aankh among several others. The singer won several awards and accolades this year and has now released a single titled ‘Manjha’ featuring Aayush Sharma and Saiee Manjrekar. In an exclusive interview with Bollywood Hungama, Vishal talks about old school love and the real-life inspiration behind this song. 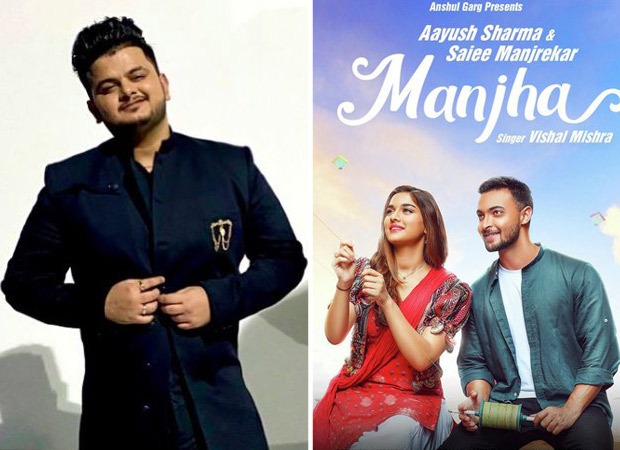 The song beautifully captures the love story between Aayush Sharma and Saiee Manjrekar, who exchange words by writing them on a kite. Talking about the idea behind the song, Vishal narrated a real-life experience. “So there was a very funny story. There was a little girl when I was a kid back in my hometown and I was really scared of her father. And the only way to send her messages was to fly a kite and write on it. I tried it a couple of times and then the kite landed at the wrong house. And then I and Aayush were thinking of doing something and then we came up with this song. And I thought why not in this video at least let the kite at least reach the right house,” Vishal said.

He further spoke about how the old school romance is being forgotten in this age of technology. “Second thing is that in today’s age, I think I don’t digest the fact there are apps that let people meet and fall in love with each other. It’s crazy. I believe it but the pleasure of looking into someone’s eyes I think is much better than looking at someone’s eyes off a phone. Or writing a letter; I don’t know when we last went and bought a greeting card. So we thought why not recreate that old school world where people used to fall in love when they look at each other rather than looking at each other on social media sites. So it’s just a conscious and I know people want to be loved like that and love like that. You want to live like that. It just connects to a lot of people who have loved like that or have not seen love like that and people who want love like that.”

In a short span of time, the video song got millions of views and is even trending on YouTube. Talking about the reactions he has been receiving for the song, “It’s been crazy. It’s been number one in the world for two days and it’s extremely gratifying when you get so much love from people that you make music for and especially with this, it has been like a chain for me because all my songs are getting so much love. It’s only been three days and there are like 30 million views. It’s going everywhere it’s playing everywhere. There are so many colours so much love coming from everywhere. I think I can only be thankful to people and God.”

Vishal Mishra bagged nearly all the awards this year for the Kabir Singh album including the Filmfare. However, the Filmfare awards turned to be controversial with people trending #BoyCottFilmfare after Gully Boy won the majority of the awards. When asked what winning an award means to him, Vishal said, “I come from a very modest town. Though, for me, not just Filmfare but Bombay itself was a big deal and being here living my dreams and doing things that I wanted to. I am personally most invested in music. I think I live for it. I don’t know anything else. I put my heart and soul into it. When you get love from people it’s the most beautiful thing that can happen to you. But when you get an award, I think that is a cherry on the cake. And it is a very surreal feeling because I remember growing up watching these shows on television, and when you get it, it makes you feel much better about yourself. And it’s more of a personal thing for me because it makes me feel a little peace in my heart. Otherwise, it’s primarily about the love of people. You might be the biggest in the world and you have all the awards but if people don’t like your work, it’s all a waste.”

The Manjha song features actress Saiee Manjrekar and actor, Aayush Sharma. The lyrics of the song have been penned by Vishal Mishra & Akshay Tripathi and the video has been directed by Arvindr Khaira.