Apart from impressing people with her acting skills, Sara Ali Khan has also been acing her social media game. The actress who often uses rhyme schemes in her Instagram captions also entertains people with her ‘Knock Knock Jokes’. Her brother Ibrahim Ali Khan is often seen accompanying her in these videos. In an exclusive chat with Bollywood Hungama, Sara Ali Khan spoke about these videos and how Ibrahim reacts to them. 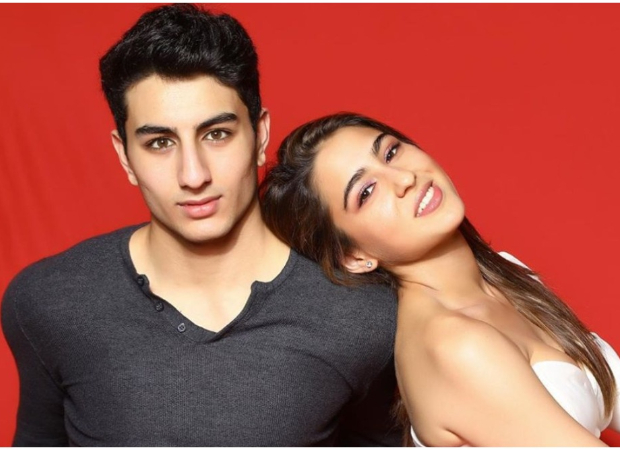 Recently Sara Ali Khan posted a Tik Tok video where they are seen taking the challenge of ‘Who’s most likely to’. When asked about whose idea it was to make Tik Tok videos, Sara said, “I think Ibrahim was the first among all of us to get on to TikTok and he often tells me that ‘Let’s make a TikTok’. I asked him what to do because I am not good at this. The only thing I can do is Knock Knock Who’s There, you don’t find that very funny. He would be like ‘let’s do this one’ and we just did it. As you can see, we did not know what the questions were going to be. We did not listen to the questions first and wanted it to be a surprise.

Talking about her popular Knock Knock jokes, Sara said, “I think Ibrahim needs to be told that. Because every time I go into his room in my nightie with my phone saying ‘knock knock’ and he is like ‘No Sara’ and I am like ‘Common please’. He always thinks I am not going to put it up because I am puffy, in my nightie, and choti (Ponytail). And I am like ‘Check Instagram’.”

Meanwhile, on the work front, Sara had started shooting for Atrangi Re before the lockdown was imposed. Atrangi Re directed by Aanand L Rai also stars Akshay Kumar and Dhanush.