Bollywood lovebirds Pulkit Samrat and Kriti Kharbanda met on the sets of Anees Bazmee’s Pagalpanti and soon started dating. While they kept their relationship private for a while, they started posting videos and pictures on Instagram which made it. Amid the nationwide lockdown due to the spread of novel coronavirus, everyone is staying indoors and urging their fans to stay safe. Pulkit Samrat recently spoke to Bollywood Hungama about his life in quarantine and indirectly revealed that he and Kriti are living together. 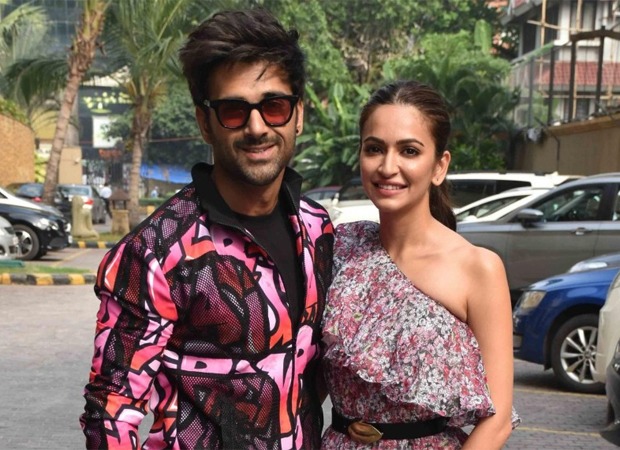 During the conversation, Pulkit Samrat spoke about this daily routine these days and said, “We are all suffering hypersomnia which means you just keep sleeping all through the day. Whenever I wake up in the middle of the day, then I play with my pets, spend time with Kriti, and do some workout. Still, there’s more time to do something. Then, we wonder what can be done at this time, so we cook. Then we call our mothers, relatives and then ask about recipes and how can we make it. We just cook all of that stuff. I have never baked anything before so it was my first time now.”

He further said, “She (Kriti) is a fab cook. We make anything. If we have the recipe, we can make anything like pasta. I also tried my hands in making sushi earlier, not right now since the resources are less. So, we make whatever we have in the pantry.”

During the Instagram live session, Kriti Kharbanda also left a comment asking him about his favourite street food. With a smile on his face, Pulkit responded, “Both of us love Aloo ka chaat, Delhi style, and panipuri. The question she is asking me she knows the answer to it already. I love the same street food as her. I love the company more though.”

When asked whether they are ready for marriage, Pulkit further said, “Right now, there’s so much more to work. Too many steps before you commit to the wedding stage. I think we are doing very well together. I am very fond of her. She is very fond of me. I know her and she knows me inside-out, my insecurities, my strengths, and weaknesses out of which the biggest witness is her. We are just having fun. We are best friends more than anything else.”

Meanwhile, on the work front, Pulkit Samrat will be seen in Haathi Mere Saathi which has been pushed ahead due to coronavirus pandemic.