For several years, Ari Staprans Leff, known by his stage name Lauv, holds the status of one of the coolest pop musicians out there. Been in the industry for while as a songwriter and producer, not only has been created amazing gems like ‘I Like Me Better’, ‘Changes, ‘Tattoos Together’, ‘Drugs And The Internet’ and ‘Feelings‘, the 26-year-old has collaborated with many artists like Alessia Cara, Troye Sivan, DJ Snake, Julia Michaels, Anne Marie, Lany among many other amazing artists.  One of the surprising collaborations dropped last year was with South Korean group BTS – currently the biggest band in the world. 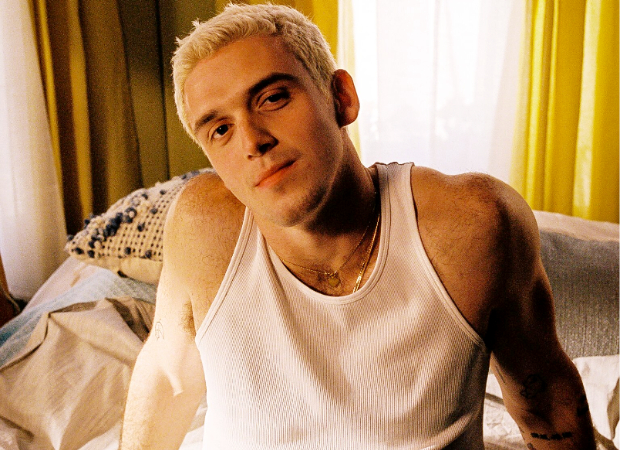 Lauv featured in the remix of ‘Make It Right’ from BTS’ album ‘Map Of The Soul: Persona’. Then, singers Jungkook and Jimin worked with Lauv on the track ‘Who’ from his debut film ‘how i’m feeling’. The track ‘Who’ can be termed as an ‘emotional banger’ that pierces through your heart with stunning vocals from all three artists.

For unversed, Lauv attended BTS’ London concert at Wembley Stadium in June 2019 and hung out with them backstage. The conversations with one of their team members had already begun on the stadium itself and within two days in London, he had recorded his parts for the remix of ‘Make It Right’. So, when it came to pitching ‘Who’ to the septet, it was a gradual progression that happened organically. “I pitched ‘Who’ to them right after they asked me to do ‘Make it Right’. It was within a few days. I appreciate the comment about it being heart-breaking but danceable – I love that vibe,” he says to Bollywood Hungama.

SOMEHOW I WAS LUCKY ENOUGH TO MAKE THESE SONGS W @bts.bighitofficial @alessiasmusic @sofiareyes AND THEYRE ALL ON MY ALBUM WHICH IS OUT MARCH 6 #howimfeeling ????????

It was not too long ago when BTS singer Jungkook dropped a cover of Lauv’s song ‘Never Not’ that has broken multiple Twitter records. The musician absolutely loved it and his response was “I love you” on the social networking site.

As BTS and Lauv have become friends and are very supportive of each other, the fans (ARMY) have been very appreciative of their music too. Lauv cites that the fandom has been nothing but very supportive of their collaborations and he is very thankful for that. He is happy that two fanbases can connect with each other through music. “BTS’s fanbase has been so amazing and so supportive. BTS in general – everybody in that family, that whole world – has been so accepting, and I really appreciate it. It’s been cool to see the fanbases collide and connect with each other; I’m very thankful,” he adds.

ALSO READ: BTS vocalist Jungkook drops beautiful rendition of ‘Never Not’ by Lauv and we were just not ready for it