Actor Karanvir Bohra along with his wife Teejay is currently working on a web series which will be conceptualized and created by them. The series titled Yatra will see the couple along with their twins visit spiritual places in India. However, Karanvir says this show will not be preachy, but looks at making the show child-friendly and explores spiritual places in India in a way never seen before. In an exclusive conversation with Bollywood Hungama, Karanvir Bohra spoke about his upcoming show Yatra and how it stands apart from other travel shows on the internet. 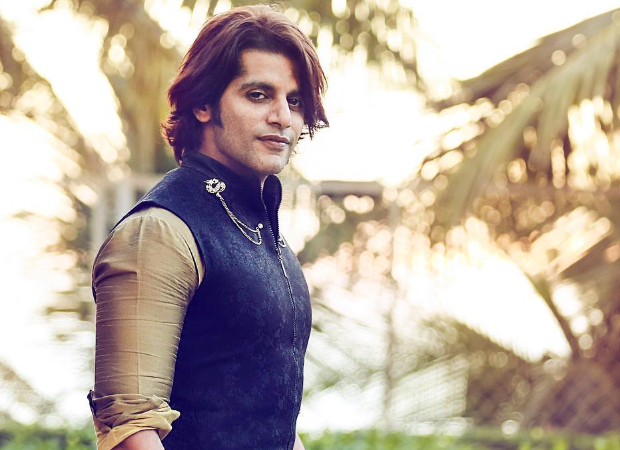 Talking about why they thought of a travel show for their first web series, Karanvir said, “We (Karanvir and Teejay) have been thinking of this idea since the time our babies were one year old. But that time it was too difficult to handle the babies as well as the travel show. So we were just waiting for our children to start understanding people and places. They just started communicating and they have too many questions. So, we just realised this is just the right time to start a travel show with the babies called Yatra. Everybody travels, but what we thought was how can we incorporate value systems, spirituality, religion and fun.”

Karanvir further went on to speak about how his childhood experiences has influenced to take up this show. “I remember when I was a kid, my mom used to take me and my sister to Jodhpur, that is where I am from. Every summer my grandmother and my uncle would organise spiritual sojourns. So I have visited all the Jyotirlingas, all the chardhams, and not only that, most of the mosques, churches and gurudwaras. They would take us everywhere and that is why we are so liberal in our thinking also. It is a beautiful thing that I get to relive all these things with my children,” he said.

Karanvir will be taking his three-year-old twins on this journey. On asking, whether they have been prepping the kids to face the camera, he said, “We are not prepping them at all. They are very camera friendly. They are very people friendly. Basically, I myself am so active on social media that my camera is always on them. I want to capture their moments. I catch their expression whenever they see me after so long, so they are okay with it all. And Teejay and my thing is not about making them camera friendly. We are going to be open parents. Whatever they want to pick up we will give them all the platforms they need.”

Talking further about the show, Karanvir said, “We will mix spirituality and religion and make it fun for the kids to watch. We don’t want to make it too preachy. I don’t want it to be heavy. We will also be covering and exploring the fun activities of those places. It will be a full-fledged travel show.”

This will be the first-ever production under Karanvir & Teejay’s production house ‘Belvie Productions’ named are their children – Bella and Vienna. This travel web series will be shot in February and will be released shortly on Twin Baby Diaries, the official YouTube channel of twin baby girls, Bella and Vienna.

Karanvir Bohra and Teejay will be speaking about the show and unveiling the trailer at Godrej L’Affaire in Mumbai on Saturday, February 22.

Also Read: Exclusive: Karanvir Bohra who played Dhruv in Shararat talks about a reboot of the show for digital