Donal Bisht is all set to make her way to the OTT platform with her debut web-series, the Socho Project. This will also mark India’s first musical web series with Donal Bisht playing the role of a rockstar called Sasha Pink. In an exclusive conversation with Bollywood Hungama, Donal Bisht opened up about how Sasha Pink is entirely different from all the characters that she has played on television so far. 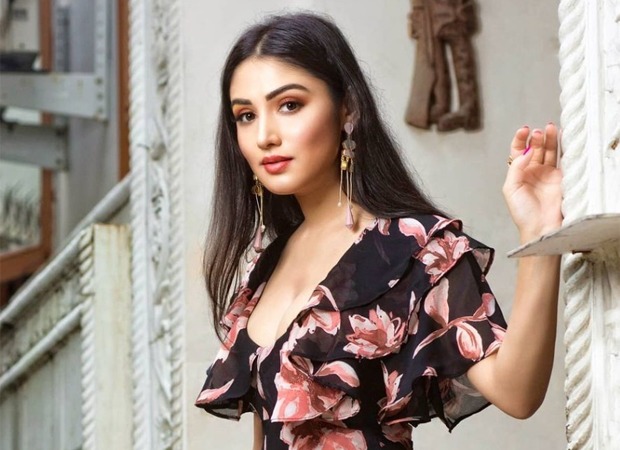 Speaking of her character, Sasha Pink, Donal Bisht said, “It’s an amazing character in The Socho Project. She is a popstar, a rockstar, a celebrity who knows she’s loved by everyone. No matter what she does, she knows she will be loved by everyone. But, along with this, she has an emotional side as well. So there are two phases in her life that talks about how and why is she the way she is. So, this is a very intriguing character and when the show releases, people are going to love her the way she is.”

We asked her about the reason behind choosing such an unusual show and how is it different from her previous ones, she said, “I have worked in television and in television, we don’t come across these out-of-the-box scripts and characters. Normally we are into saas-bahu drama and I had done like four shows in four years. So, I had to take some time for myself and a lot of shows and web-series were coming to me, but I didn’t choose something that I was skeptical of. I was always content-driven and the concept of The Socho Project is very nice because there has never been a musical web series made. Or a female character that is a rockstar in the show has also not happened. You will see me performing on music videos in the show as well. So there was a lot that had to be explored and that’s all an actor needs. So those are the things that attracted me towards the show and I said yes.”

Donal Bisht then spoke about the prep that she had to go through to play Sasha Pink, “I did a lot of research and homework. The character is inspired by Madonna so I used to watch her videos and songs. I used to watch her interviews and you will see that Sasha Pink is also very confident to be in front of the camera and she’s very upfront. I also had to watch a lot of movies, Bohemian Rhapsody, A Star Is Born, Begin Again, to name a few. To gather the essence of a musical film or a concept so I had to go through it all. I am happy that the director found me and think that I am fit for this character.”

Since she has worked on both television and OTT, she spoke about the difference between the two, “In television, you know the character and what it is going to do, so the next take becomes predictable since you have lived that character for long. It’s nothing out of box and it is nothing more of being yourself rather than the characterization. While in a web series, we know that this is for a limited time and that it is time bound, but in television, it’s quite the opposite. As an actor, I like taking challenges so for me this web series was a challenge.”

Speaking of her reason behind taking a break from television, she said, “I wanted to live my life a bit, I had been working back-to-back for four years with no breaks. I’ll tell you something, when I came home after my last show, I slept for two days straight and then I realized that I need to breathe a little because I had not slept properly for the last four years. Life is about striking a balance so with that in mind, I went home and stayed with my family for a month, we went for New Year’s celebrations on Dubai but then soon after that, there was the lockdown imposed. I would say that the lockdown was more like a boon for me because I really needed a break from work and I got it. I am a workaholic so I’m doing something or the other, but with television, you don’t get to give it your heart and soul to the rest of your activities. So, I wanted to just give the rest of the things a try by taking this break.”

Also Read: EXCLUSIVE: “I never saw web series as an opportunity to break my image of a television actress”, says Donal Bisht