When it comes to telling interesting and relatable stories on the big screen, Ayushmann Khurrana is the name that comes to mind. The actor, who kickstarted his career with a quirky movie like Vicky Donor, has come a long way since then. With Shubh Mangal Zyada Saavdhan, the actor is featuring in the commercial gay romantic comedy with web circuit fame Jitendra Kumar as his love interest. This film also marks the debut of the Shubh Mangal Saavdhan writer Hitesh Kewalya as the director. 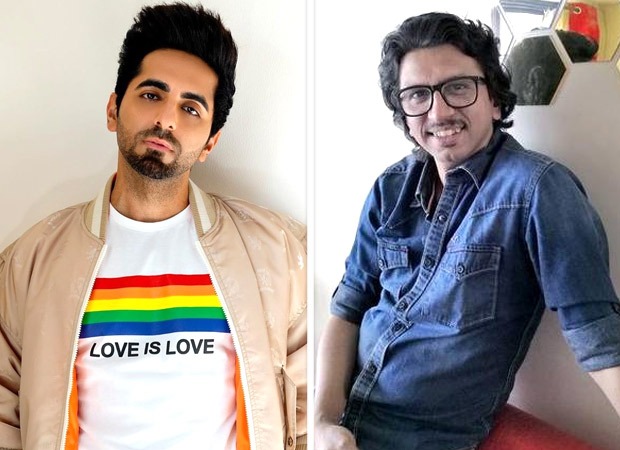 Bollywood Hungama spoke to Ayushmann Khurrana and Hitesh Kewalya about the importance of telling LGBTQ + story with a pan India appeal. In the past, especially in Hollywood, we’ve seen films like Call Me By Your Name, Moonlight among others that have approached the sensitive topic with intense drama stories. Some of them have received Oscar nods whereas some took home Academy Award for Best Picture. When asked whether it was a conscious decision to add humour to the story to reach a wider audience, Ayushmann Khurana said, “Of course. You know, the thing is that if there is no humour in this film, it will become a parallel film. It will be catering to film festivals or become a documentary of sorts. If you show that film to people, it will only be catering to those people who are standing with the LGBTQI community. It will become a pure multiplex film where you already have people in support of homosexuals. You want to reach out to those people who are against homosexuals. For that, you have to give them humour; you have to give them a commercial texture. We need to penetrate more in B and C centers. People will come to see the film for entertainment but will leave theatres with a message. It is as simple as that.”

Hitesh Kewalya said, “Yes, it was a conscious choice always because humour always opens up people and builds a relationship with the audience. If you are looking at something and laughing, you build connect. When you have built the connect, that’s the time when you talk about  a certain thing. All that was really required was us to be responsible with that humour, be sensitive and not hold back. Let’s not be apologetic about something which is something as natural as being human basically.”

When asked whether he had any prejudices against the community while growing up, Ayushmann added, “Of course, I had. See, we all are going through this journey and we all are evolving every passing moment and year. We are learning new things and getting aware. We all are trying to become better human beings. That is what I believe in.”

In terms of homosexuality, the mentality of the people in the country has changed over the years. While the acceptance is slow and steady, the Supreme Court of India in 2018 decriminalized homosexuality in India. When asked whether it was a right time to bring a subject like this to the big screen, Ayushmann said, “100 percent. We are ready for this. We are absolutely ready for it. It’s not a love story per se between two boys; it’s basically about the reaction of that family when they come to know that their son is gay. We have adopted a very commercial approach to tell this story so that it reaches out to as many people as possible.”

Speaking of kissing Jitendra Kumar and prepping for the role, he said, “I think a kiss is a kiss. That is an expression, an expression of love between two human beings. There is not going to be a different technique for kissing a man. It’s the same as kissing a woman. Everyone kisses the same way. As an actor, you need to play a character with complete dedication and honesty. While kissing, it should look like that these two boys are in love. That’s it. Where there is empathy, there is everything.”

Ayushmann further added, “I read a book called Lie With Me (2017) by Philippe Besson. It is a story of two boys in love. I did not watch any (LGBTQI themed) films. I just read that book and it helps you understand their (LGBTQI people) struggle in everyday life. You will see or feel the person you are in love with the same way, whether you are heterosexual or homosexual. Preparation is to understand them and know them. Observation and empathy – these two are very important things. Try to understand their agony. This is a human right issue that one is not getting to be with the person he or she is in love with. Everyone has the right to live their life the way they want to. Whether someone loves a girl or a boy, how does that bother you?”

Recalling a moment when he went to Patna to promote the film, he revealed, “I went to Patna to promote the film. Somebody there just said that how would one take the family forward if gay marriages are allowed. I know people can adopt, but the problem is that since same-sex marriages are not legalized, how can one go for adoption? But the main point is that how can you change your basic nature just because you want to procreate and take the family chain forward?”