It has been over a year since we last saw Anushka Sharma on the big screen. The actress has been keeping a low profile and spending time with her husband Virat Kohli and accompanying him for the tournaments. The actress has signed her next project which is a biopic on cricketer Jhulan Goswami. We had seen her pictures with the cricketer earlier in January 2020 at Eden Gardens, Kolkata. 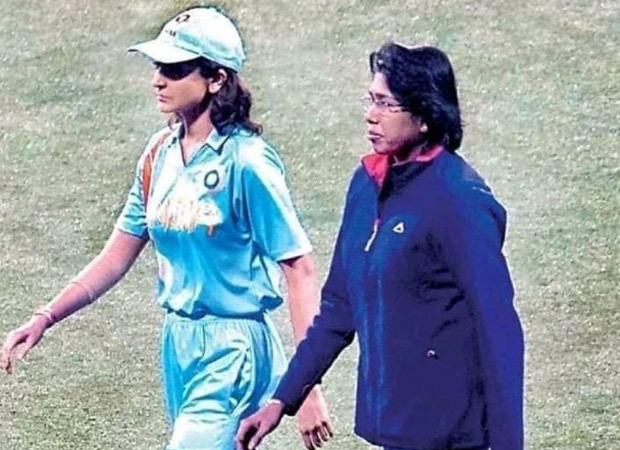 Anushka Sharma is soon to make the big announcement of her next project. As per a source, “One of the biggest films coming from Sony Pictures is Jhulan Goswami biopic starring Anushka Sharma. She was seen at Eden Gardens last month where she filmed the announcement video with Jhulan. We hear that it will be a huge and special announcement via video that will be released soon that will give insight into the world of the cricketer through Anushka.”

Jhulan Nishit Goswami is an all-round cricketer and former captain of India’s national women’s cricket team. In August 2018, she announced her retirement from WT20Is. She won the ICC Women’s Player of the Year 2007 and the M.A. Chidambaram Trophy for Best Women Cricketer in 2011.

Talking about Sony Pictures, the source adds, “Sony Pictures has an interesting slate of films coming up this year and they are working with new and established talents from the industry. The studio has greenlit four new projects and one of them is Jhulan Goswami biopic starring Anushka Sharma. The three films would be in Hindi but fourth one will be a South project with a top actor.”

Sony Pictures Films India already have exciting films in the pipeline including films like Shakuntala Devi starring Vidya Balan and Sanya Malhotra, Helmet with Pranutan Bahl and Aparshakti Khurrana, Nikamma with Abhimanyu Dassani and Shirley Setia, Major (Bilingual – Hindi / Telugu) starring Adivi Sesh in the leading role and Looop Lapeta with Taapsee Pannu and Tahir Raj Bhasin. The studio plans to grow it’s footprint in Bollywood and south industries and is working aggressively towards it.

ALSO READ: Anushka Sharma and Virat Kohli head for a day out in New Zealand