Reuniting for a special conversation, the actors spoke of their shared experience in Rehna Hain Tere Dil Mein and their love for animals and nature. For innumerable couples the song ‘Zara Zara’ from the film Rehnaa Hai Terre Dil Mein is an indelible part of their love stories. For the lead pair of the film Dia Mirza and R Madhavan, it was the beginning of a friendship that has lasted nearly two decades and going strong. In her latest Instagram live #DownToEarthWithDee, Dia Mirza chatted with Madhavan who not just happens to be her first co-star but someone who shares her love for animals and nature. 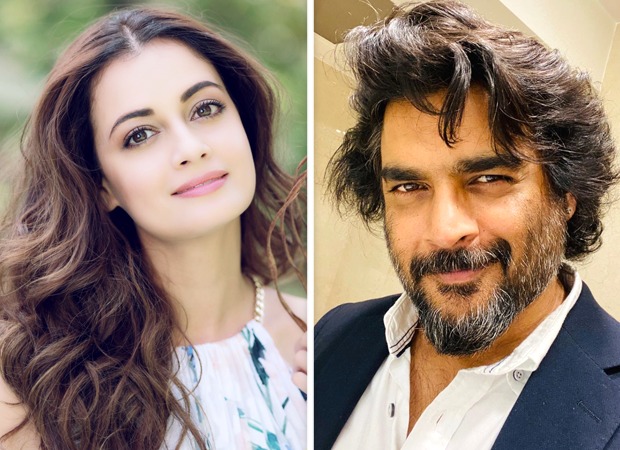 Dia’s weekly Instagram Live every Wednesday in the run-up to World Environment Day on June 5, 2020, is an attempt to reconnect with nature through conversations with individuals who have made their own unique contributions towards sustainability. “Maddy is very special. Along with being an amazing artist, he is an incredible human being with whom I share a strong love for nature,” Dia said while introducing him.

The Instagram Live reunited the duo that brought to life the iconic romance of Reena and Maddy. “I know people have been dying to see us on screen. Its been over 19 years and somehow I’m still inundated with songs, scenes and dialogues from the film every day on my social media,” Madhavan said finding it overwhelming, like Dia, that their story still connects with audiences so effortlessly. There have been talks of a sequel or a spin-off to the film. Remarking on that Dia said, “We are doing our best to make it happen, but we will only work together when we can give our best. There is something so special about Reena and Maddy and I think there was an innocence and honesty we shared in RHTDM that resonates so deeply with everyone even today. We wouldn’t want to dilute that in any way.”

Dia and Madhavan’s conversation began by digging up Maddy’s roots from Jamshedpur, where the actor confessed to having the best childhood anybody could have. “When you’re in a small town, one of the things that you become part of is nature – the geography of the place, the flora and fauna, it all becomes part of your upbringing. You learn to respect things depending on how people around you react to it. You are aware of everybody and everything around you, unlike in a big metropolis,” he said. The two reminisced to common childhood experiences of climbing trees, enjoying freshly plucked fruits, the scrapes and cuts and all that it made them.

Dia then steered the conversation to Madhavan’s urban farm at his home which enables him to grow his own produce through hydroponic farming. Converting all his balconies into farms for vegetables and fruits, he has inspired a number of people to follow in his footsteps and lead healthier lifestyles. This led to the actor cultivating a piece of land, once barren for 20 years but now bearing abundant fruit.  “The more technology we are able to take to the farmers, the stronger our nation will become,” he said.

“I think the COVID era has made everybody take a deeper look at themselves, more than anything else. A lot of priorities are becoming clearer as we go along, and I think one of the things that everybody is realising is how important it is to be in touch with who you really are, what really makes sense,” Madhavan said, adding that, “Without a doubt, it doesn’t matter which community or religion you belong to, because eventually you have to be one with nature to be at peace.” The conversation ended with both actors asking everyone to be more compassionate. “It’s going to be a very changed world when we all get out there and we’re all going to come from a place of stress, insecurities and fears. One thing that is necessary and most welcome is an abundance of compassion and understanding,” Maddy said.

Also Read: Dia Mirza opens up on her Miss India experience, says, “As an individual, I have never believed in competition”