Actor Salman Khan is keeping himself busy with sketching during the self-quarantine period. As productions have been stopped until March 31 due to Coronavirus outbreak, the shoot of the actor’s film Radhe: Your Most Wanted Bhai was also suspended. During the lockdown period, the actor is busy doing what he does best! 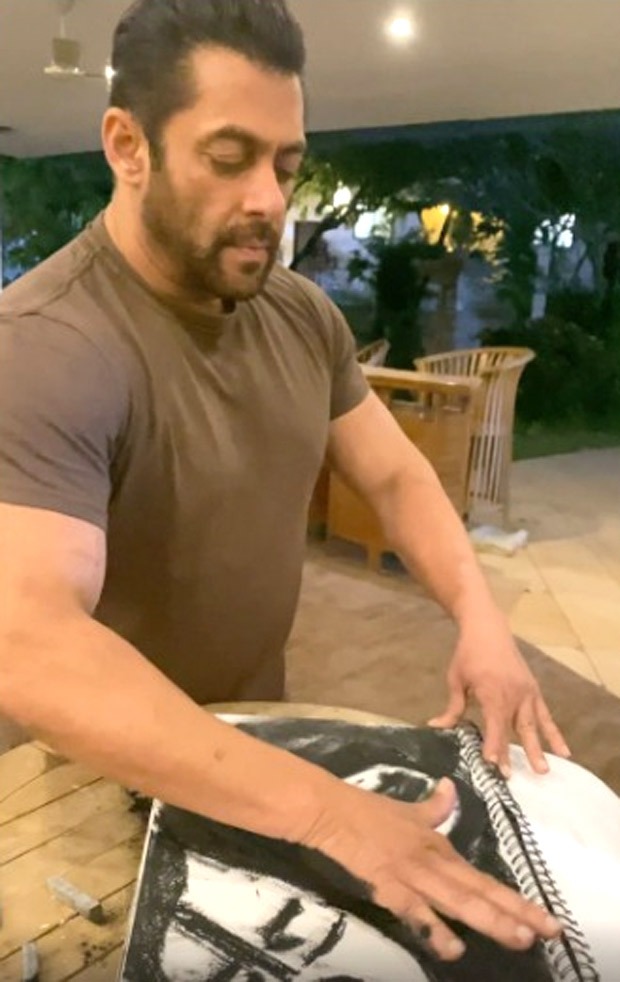 Sharing a video, he can be seen getting ready to sketch. Before that, he says,  “The way we dress — this is perhaps the best thing our culture has ever done.” Humming Hrithik Roshan’s ‘Kaho Naa Pyaar Hai’ track, the actor gets busy sketching a man and a woman in black clothes in the said video. He simply captioned the video, “#Sketching.”

Meanwhile, on the work front, Salman Khan is starring Prabhu Dheva directed Radhe – Your Most Wanted Bhai alongside Disha Patani, Jackie Shroff and Randeep Hooda in key roles. The film is slated to hit theatres on Eid this year.

Apart from that, Salman has already announced next Eid’s release which is Kabhi Eid Kabhi Diwali starring alongside Pooja Hegde.

ALSO READ: Salman Khan says if he has to move to another house, he won’t be able to live happily