Chef Vikas Khanna has been going out of his way to provide dry ration and cooked meals to those in need. In less than a month’s time, Vikas Khanna and his team have managed to prepare 9 million meals which is a commendable effort in itself. The migrants and daily wage earners are going through a difficult time and to help them with a square meal, Vikas Khanna’s team has left no stone unturned. 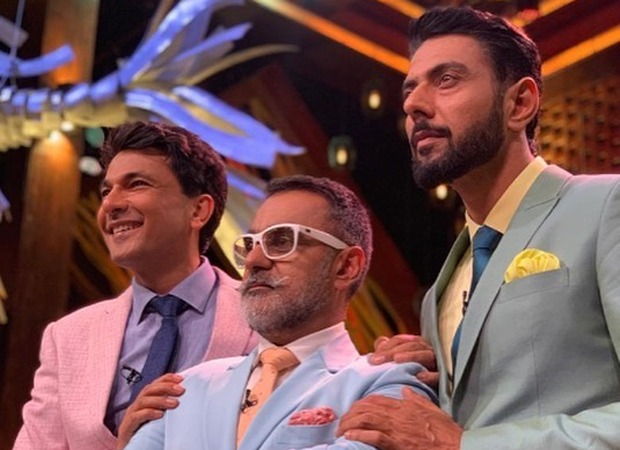 In his recent Instagram post, Chef Vikas Khanna announced that he will dedicate his 9 millionth meal to MasterChef India. He has been a part of the show for a very long time and shared pictures with all his fellow chefs who have been on the judging panel of the show. Thanking everyone for being a part of this journey, Vikas Khanna posted a heartfelt message for them. Take a look at the pictures.

Update- June 3rd Later today, we will cross 9 Million Meals (Dry Ration & Cooked) I dedicate the 9 Millionth meal to #MasterChefIndia Our Judges, @starplus @amul_india #RSSodhi ji, Spot boys, Dress guys, contestants, drivers, Food teams @chef_anjali @jalal_shaikh @chefyogeshutekar , hundreds of vendors, guest chefs, writers, research teams, production, sponsors….everyone…. everyone who helped us make the show. @endemolshineind @colosceum_official @rajivlakshman @ruchishri #TanyaBami #MonikaShergill #SamarJaiSingh @star.aniljha @kshitijbaldota and so many who prepared me to face the camera. AND MORE IMPORTANTLY OUR VIEWERS..THANK YOU FOR 10 YEARS OF PURE BLISS. This is my gratitude to you, forever.

Kudos to Chef Vikas and his team for doing a marvelous job.