Every character portrayed by superstar Aamir Khan stays fresh in our memory and continues to win our hearts. From Lagaan to PK and now, with his upcoming Laal Singh Chaddha, every character stays etched on the memories of the audience. Recently, a renowned cartoonist Manoj Sinha created a calendar featuring the caricature of all the characters brought to life by the actor on-screen. 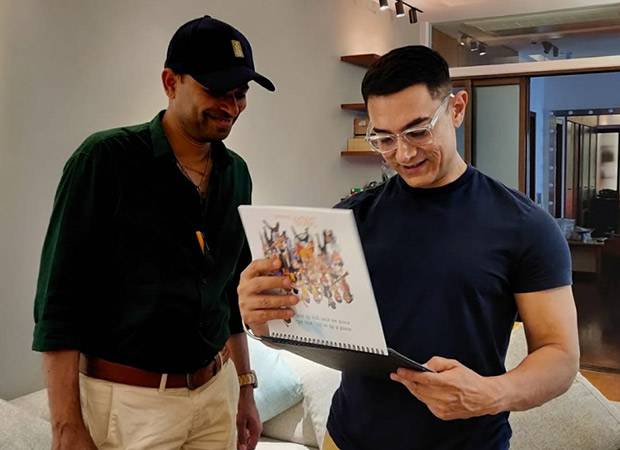 The artist especially made sure he presented the special gift to the actor and flew down to Bombay for the same. Aamir also took some time out from his schedule and met him as he accepted the sweetest gift. The calendar captures all the classic character from PK, Andaz Apna Apna to Dangal and even, Laal Singh Chaddha which is creating all the buzz amongst the audience. 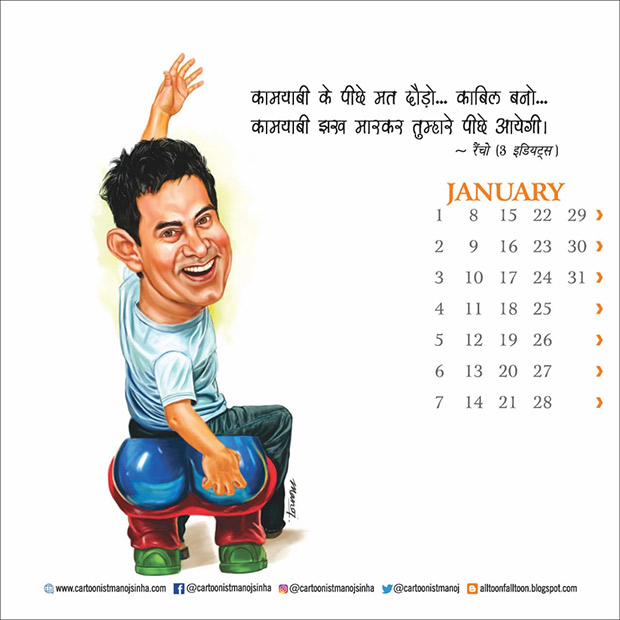 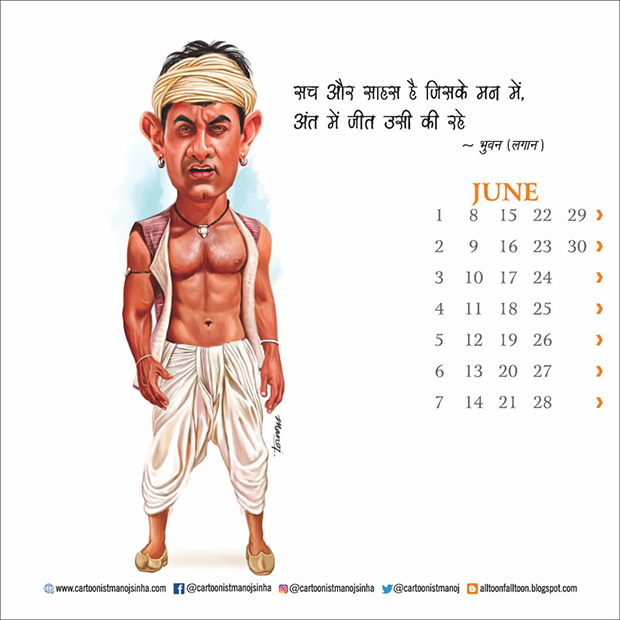 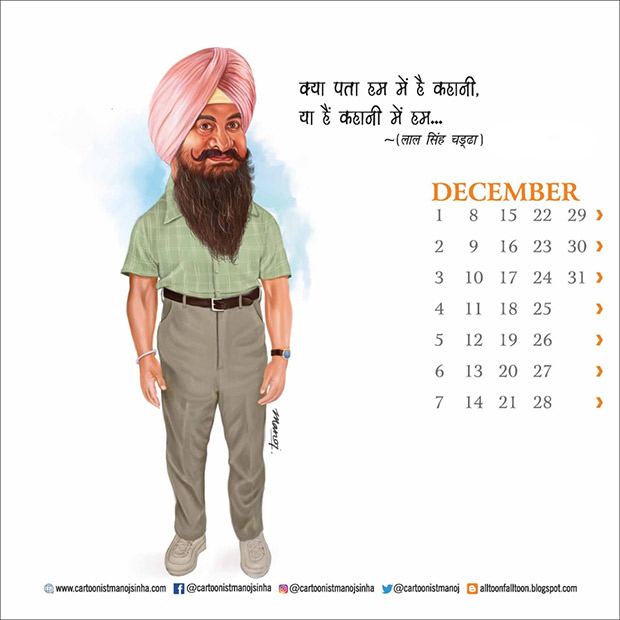 The actor has always delighted his fans with some great movies like Dangal which rocked at the box office and even the Chinese markets, on the work front. With remarkable roles and wins at the Box-office, which have been a constant for Aamir with his projects, the superstar will be seen in a different avatar in Laal Singh Chaddha. Already spotted in three different looks, Aamir’s next is the most awaited film of the year and is surely the Christmas treat that we are awaiting.

Aamir Khan is known for his cult classic movies. Not just 3 Idiots, he is known to start trends with his films like Dil Chahta Hai, Rang De Basanti, amongst the rest.

On his birthday, the actor announced his upcoming film, Laal Singh Chaddha as his next which has already been creating the buzz as one of the most awaited projects and is set to release on Christmas, 2020.