A few days ago, it was reported that that BTS vocalist V, real name Kim Taehyung, will croon Original Sound Track for best friend Park Seo Joon’s Korean drama, Itaewon Class.  The drama, that tackles multiple issues besides its revenge plot, has been raking high viewership for its storyline. This will mark the first solo song for V for a drama which is titled ‘Sweet Night’. 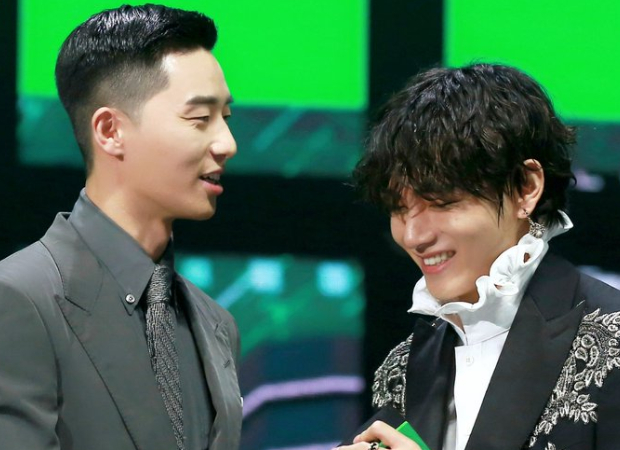 The track will be released on March 13, Friday, which has a flavour of Indie pop. Not only has he sung the track, but he has also been part of producing the OST.

In 2016, V, amid his BTS life, made his acting debut with period drama Hwarang in which he sang ‘It’s Definitely You’ with BTS vocalist Jin. His friendship with Park Seo Joon began from the show since the latter was the lead actor of the drama. The close friend circle is called Wooga Squad.

Meanwhile, BTS members have been promoting their album ‘Map Of The Soul: 7′ which has been No. 1 in many countries.