Over the years, it’s been observed that Aamir Khan starrer 3 Idiots has been widely popular in other countries especially China, Japan and Korea. The film still gets screened in many theatres and even in schools. It seems like worldwide popular group BTS member Jimin recently watched the film. 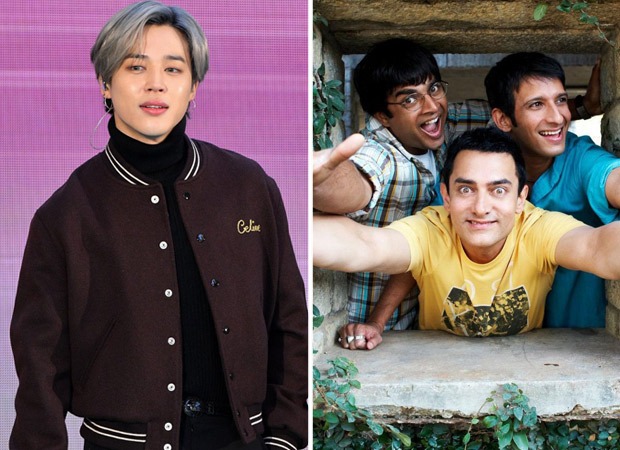 In his recent live session on the app called VLive, the fans asked about what he was doing in his spare time. He revealed, “I watched 3 Idiots, Me Before.”

Jimin yesterday mentioned in his vlive that he watched ‘3 idiots’.

AN- 3 idiots is very popular in Korea.#BTS @BTS_twt #방탄소년단 pic.twitter.com/9kNEMaAVEV

Even the group’s leader RM has previously said that he has watched the film previously stating that the film is popular South Korea. Isn’t this amazing DESI ARMYs?

3 Idiots starred Aamir Khan, R Madhavan, Sharman Joshi, Ali Fazal, Boman Irani, and Kareena Kapoor Khan. Directed by Rajkumar Hirani, the film told the story of young students dealing with academic pressure. The film was a blockbuster at the box office, but it was also critically acclaimed too for its storyline.

Me Before You, on the other hand, stars Sam Claflin and Emilia Clarke. It is a romantic drama about a young woman named Louisa Clark who accepts a job at a place where she has to take care of  Will Traynor, a recently-paralyzed man. The two of them soon bond with each other and soon the romance unfolds.

Meanwhile, BTS (RM, Jin, Suga, J-Hope, Jimin, V, and Jungkook) released their fourth LP ‘Map Of The Soul: 7’ on February 21, 2020. They will reschedule their upcoming Map Of The Soul tour amid coronavirus pandemic. After cancelling their Seoul dates, they have postponed their 27-date North American leg that was supposed to kick off in April.

ALSO READ: BTS to reschedule ‘Map Of The Soul’ tour amid coronavirus crisis