It’s been a while since global sensation BTS posted a group selfie. While their stadium tour is being rescheduled amid pandemic, they have been keeping busy with their next album as they continue to interact with fans via various online mediums. It is known that they have been filming some things that will be revealed soon. 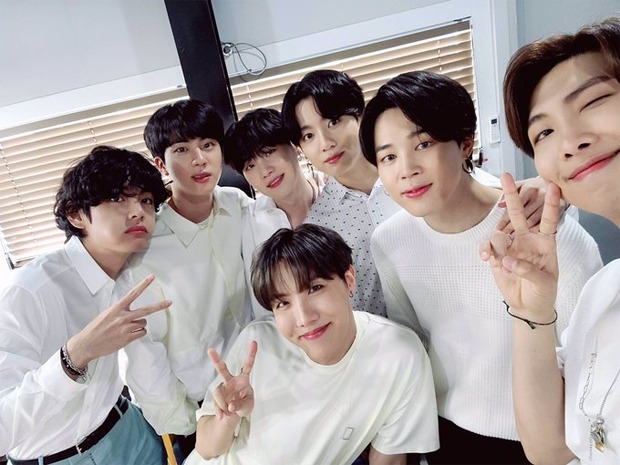 On Wednesday, BTS posted a group selfie on their Weibo account. All of them – RM, Jin, Suga, J-Hope, Jimin, V and Jungkook – are dressed in white shirts in the picture. It’s been a while since the fans saw dark hair Bangtan! Was it the ‘Fake Love’ era when they all sported black hair? The caption read, “Writing: Companionship is the longest love confession’. Singing: “Still, as always” (ajikdo yeojeonhee)” referring to Suga’s latest AGUST D-2‘s mixtape track ‘Dear My Friend’.

BTS will be hosting Bang Bang Con – The Live virtual concert which will be held next month to celebrate their seven-year anniversary. Their Japanese album releases in July.

ALSO READ:  BTS BREAK THE SILENCE – Suga reveals he wrote ‘Outro: Tear’ for the members and the reason is quite emotional