South Korean band BTS, worldwide sensations, are known for their live performances and as always, they came out as superstars during their first virtual concert, Bang Bang Con – The Live. This was their first concert in while and since Map Of The Soul world tour has been rescheduled, they finally had a chance to showcase their new setlist to the fans. 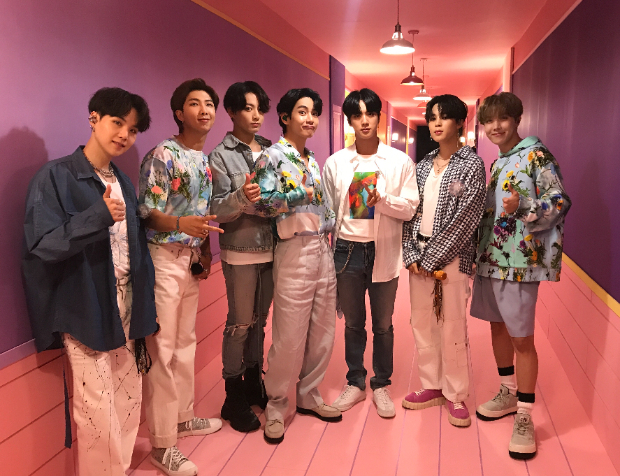 On Sunday, BTS performed for 90 minutes which involved songs from the past seven years and interacted live with the fans. Starting with ‘Dope’ and ending it with ‘Spring Day’, the setlist was a perfect way to commemorate their seven years of togetherness.

At the end of the concert, all the members were thankful to have met the fans virtually and perform for them. Here’s what the septet said to ARMY.

“and honestly, I was scared. I had a fear that, “oh, is this how our future concerts will be from now on?”. I was so fearful of it.” pic.twitter.com/v76CPbmMxR

jin: i wanted to do something… i want to hug our members!!
(*group hug*)

yoongi: wait they can’t see jin hyung if we do this..
jk: let’s leave a place for army in our hug!!

and I even fixed my old habit of biting off my nails for the first time in 28 years.
Originally, we need your shoutings to rechare us and to move onto the next stage but…. it is too regretful, but as so many of you’re watching us, so even if we can’t see each other now,

NAMJOON: I don’t know what to say, especially today. One must adapt to situations and move on.
Hopefully we can see you again soon. I was happy performing with my friends. Love you.
(i missed some out)

Taehyung’s BangBangCon full ending ment
[..] We want armys to be happy, and we also want to feel your passion and your cheers, so I hope we can meet and have such a performance soon.. we want to see you all in person! I love you~#BangBangConTheLive @BTS_twt pic.twitter.com/eqpkWj2aJU

+ on stage & ARMYs holding ARMY Bombs and doing something really cool w/ the LED. I watched so many of those. I missed them so much. As I was thinking much about these things & that alone, it felt all the more heartbreaking. That’s how I came to write those lyrics.”

Check out their post live concert updates for the fans!

trans) If ARMY was in front of us, it would be much better ㅠㅠ but I was happy that we could have a concert after a long time.
ARMY I love [email protected]_twt

trans) It was so so fun! #BangBangConTheLive @BTS_twt

[#TodaysBangtan] BTS concert you can enjoy in your room ????
If you jumped around with them together, make some noise????????
Hope it was happy time for you, even though you watched it in your room each ???? #BTS #BANGBANGCON_TheLive#LetsBeTogetherUntilSpringWillComeAgain @BTS_twt