As we continue to battle this global health calamity COVID-19, the film and TV production are finally expected to resume operation after a brief shutdown amidst lockdown. Being the world’s most prolific film industry, India produces up to 2,000 movies each year and while there’s no clear timeframe for it to resume, the Producer’s Guild Of India has submitted its safety measures for recommencing on-set shoots to the government this week. Bollywood’s celebrated producer Boney Kapoor who can be credited for giving us several cult hits right from 1987 classic Mr. India to Salman Khan starrer Wanted and more is currently gearing up for his return to action. 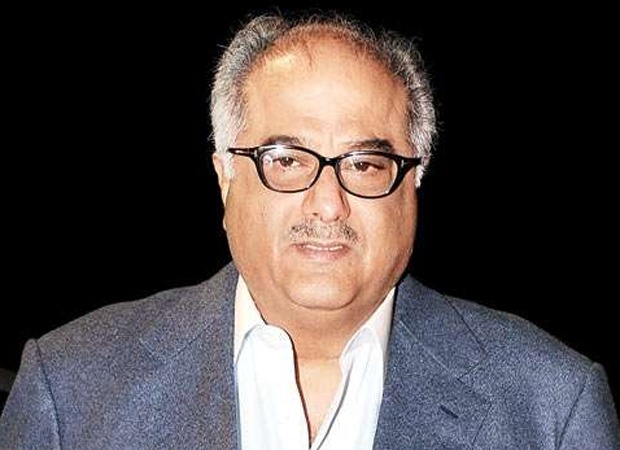 The pandemic has severely affected Boney Kapoor’s three upcoming productions which lead to their shutting down including Maidaan – the $25M budgeted soccer featuring Ajay Devgn, for which his company had built an enormous set that was later dismantled due to the lockdown. Battling the tough times, the producer had to send his international crew and talent back home. What’s heartbreaking here is that even once production starts again, makers will take months to recreate the 16-acre set.

Meanwhile, what’s keeping Kapoor positive in these challenging times are his other projects – Valimai, an action drama with Ajith Kumar, and Vakeel Sahab feat. Pawan Kalyan. Both these projects ate expected to get back up and running much easily. Even though the times are tough, the filmmaker is being truly optimistic about the Indian film industry bouncing back.

Opening up about Maidaan being shut down and how does he plan to have it running again, Boney Kapoor said, “Maidaan is based on real events between 1952 and 1962, also known as the “golden era of Indian football”. It has superstar Ajay Devgn who is one of India’s finest actors. This is one of the biggest films currently being produced in India, so it required a larger-than-life vision and the most talented creatives in our country. We built a massive outdoor set covering a 16-acre plot around Mumbai, with all the production infrastructure. Just as the shoot was getting underway, the pandemic hit the world. We had to ensure the safety of our entire crew so we had to stop all prep and send everyone home. The set has now been dismantled as the rains are due to arrive in Mumbai. The rebuild will take at least two months, which earliest will start in September, so shooting can commence only in November. This has resulted in a massive loss for us. Thankfully all the indoor, and some outdoor, training portions of the film were shot in Lucknow and Kolkata so are already in the can.”

Further giving details about Valimai and Vakeel Sahab, Boney Kapoor added, “Vakil Saab is a remake of the hit Amitabh Bachchan starrer Pink, this time with superstar Pawan Kalyan, who is back on the screen after more than two years. It’s a social drama with a strong message and we have just 10-15 shooting days pending. Valimai is a big action film starring Ajith Kumar, it happens to be his 60th film. That one is 50% complete.”

A believer of the larger-than-life canvas, Boney Kapoor has produced 36 films so far which have successfully created magic on the big screen.

When quizzed about Amazon buying up seven Indian features that had their theatrical releases cancelled during the lockdown, leading to speculation that there might be more such deals in the future, He said, “I believe all forms of exhibition, distribution and consumption will co-exist. For producers whose films are ready and cannot wait for the unknown (when cinemas will open) OTT platforms offering to buy premiere rights for digital has come as a blessing. Streamers have grown phenomenally over the last two months. This trend to watch on-demand is here to stay and will expedite cord-cutting in India.”

Opening up about the impact of lockdown on the wider industry, Kapoor says, “The impact of the pandemic on film entertainment in India, which currently produces approximately 2,000 films a year, is going to be severe. We have seen a complete halt in all activities across production, exhibition, and distribution. Cinemas are closed. Production has stopped. Hence distribution companies have no work. This means companies in the industry will report nil incomes and losses. From white-collar executives to daily wage earners, all are facing reduction in salaries and/or job losses.”

Confident about the Indian film industry bouncing back to its former strength, Boney Kapoor believes the industry will eventually grow exponentially with better content, better technology, and a varied distribution ecosystem.