Tiger Shroff is leaving no stones unturned for his upcoming movie Baaghi 3. The makers of the movie have created some never before seen action sequences in the movie. In one scene, Tiger is seen running from a series of bomb blasts and to keep it as authentic as possible, instead of using VFX, Tiger actually ran through around 90-95 blasts for which over a hundred kilograms of explosives were used. 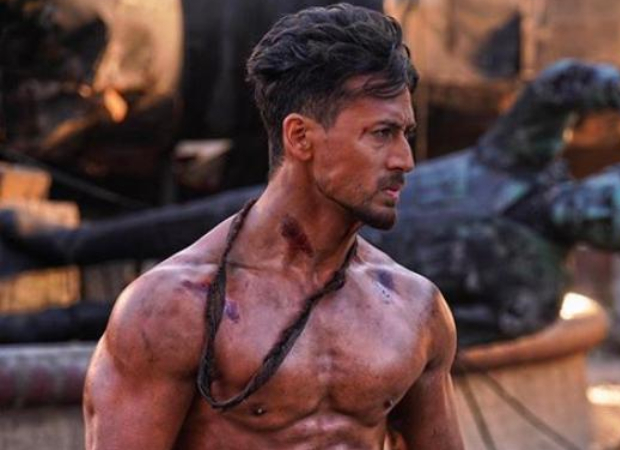 Talking about the same to a leading daily, director Ahmed Khan shared, ‘We shot 90 to 95 blasts together for a scene. Then we were worried and scared because this scene was done by Tiger himself. It was quite a dangerous stunt. It does not have VFX. Tiger’s back was scratched, and hurt, but he did not stop. He also thanked the Army of Gulf Countries, where the film is shot. Tiger said “I am thankful that they gave their army to us. Provided us with tanks. The army there used to drive the tanks themselves. They also provided us with choppers and weapons.”

Tiger Shroff also shared, “We had very little shooting time, so we did live-action. We used to shoot and edit on the set and send the scenes to India. Because we have to release the film in March this year whereas we were shooting till November December. So we did not have time to use VFX separately. We did not have so much liberty. So we decided that be it tank or chopper or weapons, we will do the action live. All our action sequences have been good shots.”

Shraddha Kapoor says “Total 400 blasts have taken place in our entire film. All the action has been filmed live. Tiger has acted in minus temperatures. It was a truly spectacular experience for me as a co-actor. Ahmed and the action team had us doing live action so that everything looks real. Running tanks, explosions, arms and sweeps with bullets.”

Baaghi 3 will see Tiger Shroff in the lead along with Shraddha Kapoor, the movie is directed by Ahmed Khan and produced by Sajid Nadiadwala. It will hit the screens on the 6th of March 2020.