Thrilling us all over. Ever since the trailer first came out, Baaghi 3 has already taken the nation by storm with its next-level action scenes and now it’s time to shake a leg and get groovy. The next song of Baaghi 3 titled ‘Bhankas’ is all set to be out tomorrow and to set the tone right, the makers released a special still featuring Tiger Shroff and Shraddha Kapoor looking too adorable! 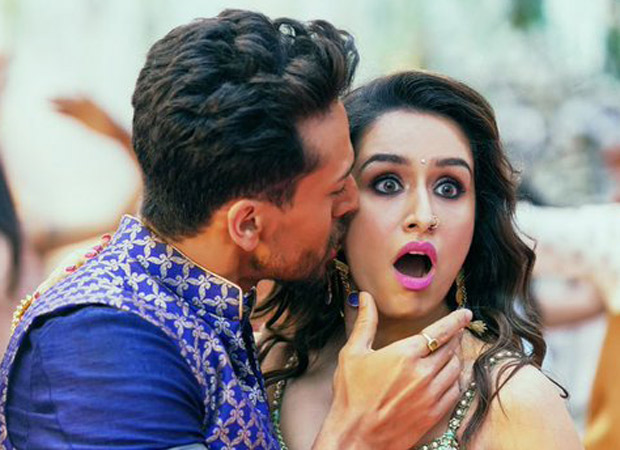 Bappi Lahiri has revamped his own old classic ‘Ek Aankh Maarun Toh’ from the Jeetendra and Sridevi-starrer Tohfa. Tiger and Shraddha recently caught up with him, and the former also shared glimpses from their meeting.

Baaghi 3 is all set to release on 6th March 2020 and has Tiger Shroff and Shraddha Kapoor in lead roles. The movie is directed by Ahmed Khan and Produced by Nadiadwala Grandson Entertainment. The still brings us the sparkling chemistry between the lead actors where Tiger can be seen planting a peck on Shraddha’s surprised face. What more? I guess, we will find out tomorrow once the song is released.

The upcoming track, Bhankas is a remake of Bappi Lahiri’s song and once again is set to break records as it was loved by the masses already and is all set to repeat its history. The song holds a cult resonance amongst the audience and the makers surely know how to turn up the excitement by recreating the magic with the most loved duo, Tiger and Shraddha.

Baaghi 3 dropped its trailer and crossed over 100 million views and is all set to fight against some big tanks and shoot rifles. This time the action is going to be bigger and better and so is the excitement among the audiences for the release.