Ever since Madhuri Dixit walked out unceremoniously from Ayushmann Khurrana’s wife Tahira Kashyap’s proposed feature film, the project has been in a state of suspension. While the search for a suitable replacement for Ms Dixit (who apparently wanted a larger remuneration than the one agreed on) is on, we now hear Ayushmann may produce his wife’s film. 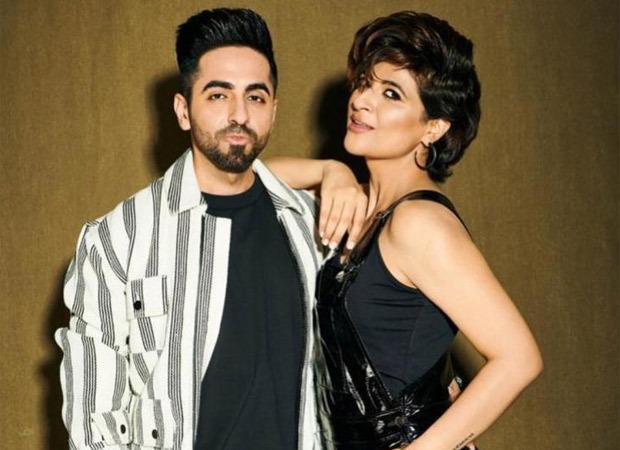 Says a source, “It seems like the best possible option, considering Tahira Kashyap wants to make her first feature film on her own terms, with no compromises whatsoever.” Sources say Ayushmann has resolved to step in as his wife’s producer. “He has in any case plans to turn producer for his own films. So why not produce his wife’s film?” the source adds

When Ayushmann Khurrana’s wife Tahira Kashyap’s feature film Sharmaji Ki Beti was left without a producer, it was Ayushmann who stepped and put his star- power to good use.

Apparently, Tahira was all set to start her film when she fell ill. After her brave and inspiring battle against her illness, she was all set to begin shooting again. But her producers, in all their practical wisdom, backed out leaving Tahira’s project in the lurch.

This is when Ayushmann stepped in.

Says a source, “He spoke to a couple of his trusted producers, not with the intention of pressurizing them into producing his wife’s script but just to urge them to look at her script. After going through the script and loving it, one of Ayushmann’s producers happily stepped into to produce Sharmaji Ki Beti.”

Also Read: Tahira Kashyap calls Ayushmann Khurrana her ‘senior’, says she would love to direct him