The star is seen playing the role of a girl after his movie Dream Girl. Ayushmann Khurrana is known for his versatility and he never fails to impress us either with his clutter-breaking film subjects or his remarkable on-screen characters! He always pushes the benchmark even in his advertisements as clearly evident in the three different looks that he pulled off for this. 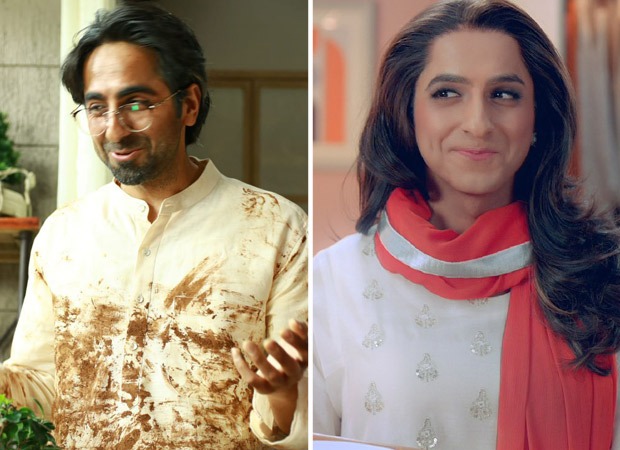 Ayushmann plays three different roles in the ad! He plays the role of a father, the son and even his wife in the advertisement! Ayushmann will be seen as a girl after Dream Girl, his blockbuster film and he is unrecognizable in the video! He wears white salwar-kameez, lipstick and also flirts with the husband, played by Ayushmann himself!

So here’s me..and another me! And, maybe another one? Chaunk gaye?
I am looking forward to an Ultra-partnership with @tide_india as the Brand Ambassador. A lot of fun coming your way from us! And as far as laundry goes, Bedaag white ho, toh #TideUltra ho ???????? pic.twitter.com/zeqoEytHrP

As a father, Ayushmann sports spectacles and salt-pepper hair and wears kurta-pyjama. He is smeared in mud and his looks is extremely unique! His third look sees him play his age and it seems like he is trying his hand in cooking and impress his wife, which is also played by him! His shirt is smeared with food and he is looking to impress his wife.