Saturday March 28 began with cacophony on Twitter that while Southern actors have been generously donating for the cause of the Coronavirus lockdown, our Bollywood actors have been conspicuous by their absence. Some hours later, however, a tweet made by superstar Akshay Kumar took everyone by surprise. He announced his contribution of a mind boggling Rs. 25 crores from his savings to Prime Minister Narendra Modi’s ‘PM Cares’ fund! One definitely expected Akshay to come out and contribute but no one expected he would donate such an exorbitant amount for the noble cause. 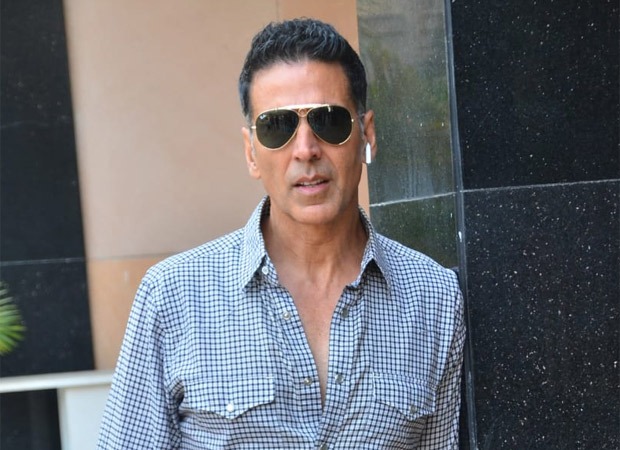 But then, that’s Akshay Kumar for you. He’s made it clear umpteen numbers of times that he’s not merely a film hero. He cares a lot for the society and has always been at the forefront in making things better. One of his memorable achievements is that of the creation of the Bharat Ke Veer portal. Way back in January 2017, he posted a tweet on a necessity of an app wherein anyone could deposit money in the bank accounts of martyred soldiers’ families. The government took note of it and a few months later, the app, called ‘Bharat Ke Veer’ was launched by Akshay and the then Union Home Minister Rajnath Singh. A government official was quoted saying that the initiative receives Rs. 8 lakh donation on a daily basis and on days like Independence Day, it even shoots upto Rs. 50 lakhs!

Akshay Kumar often gets ridiculed for his ‘nationalistic’ films. But for him, those are not merely the means to earn more money and enhance his stardom. He ensures that he passionately promotes the subject of his movies which also leads to awareness. This was seen when he spoke extensively about importance of toilets during the release of his film Toilet – Ek Prem Katha. His talks on importance of sanitary pads during the release of Pad Man gave a boost to the movement. Then there was Baby and Naam Shabana, both of which featured Taapsee Pannu in an action-packed role. These films gave him a good platform to spread awareness about his Women’s Self Defence Center. In association with Aaditya Thackeray, this facility provides self-defence training to women for free.

Akshay Kumar is known as the ‘Khiladi’ of Bollywood for his action avatar. Hence, it’s no surprise that he cares about stuntmen and stuntwomen working in films. With the help of renowned surgeon Dr. Ramakant Panda, he has helped start a special insurance scheme for this group and it has benefited hundreds of stunt professionals.

These are just few of his noble work. There are many more deeds of his which has helped the society in some way or the other. And even the harshest critics of Akshay Kumar would agree that he’s not just doing this to put up a show. He does so because he’s extremely caring and concerned and wants to passionately give back to the society. Still, his critics might complain that donations should be anonymous and that proclaiming to the world that you are giving away such a large amount is a stunt. However, what cynics might not realize that by proclaiming about contributing Rs. 25 crore, Akshay is actually inspiring others to follow suit. Some would be motivated to loosen their purse strings and donate at a time when such financial help is absolutely necessary. Most people of course won’t be able to contribute as much as him but even if they give out a basic amount, it will lead to a big total especially when many are doing the same.

To conclude, Akshay Kumar not only entertains us with his films and jokes during promotions/interviews but also strives to make us a better human being through his social work.  He is a man of not merely words but also action as well. Thank you Akshay Kumar for being you and a true Khiladi!