Actors Arjun Kapoor and Katrina Kaif are close friends and they often engage in Instagram banter leaving their fans in splits. Arjun Kapoor had once also revealed that he and Varun Dhawan had a club to hate Katrina Kaif which has now changed as the three are now good friends. 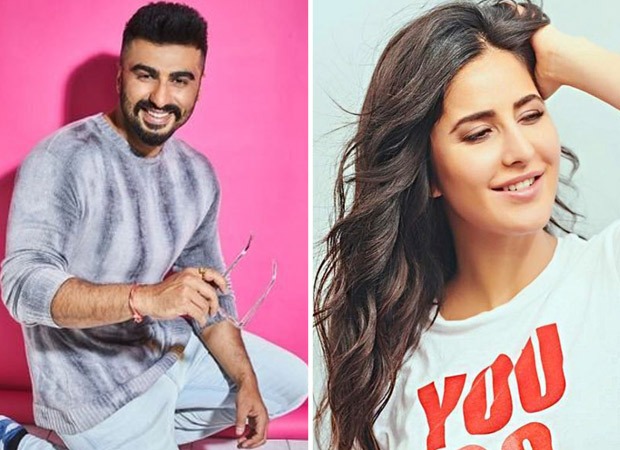 Arjun Kapoor recently held an ‘Ask Me Anything’ session on Instagram and one of his followers asked him if he would collaborate with Katrina Kaif in a film. Responding to the question, Arjun said, “She’s the nest and the most sporting when it comes to me troubling her on and off Insta.. working with her again depends on the material and her saying YES. @katrinakaif” 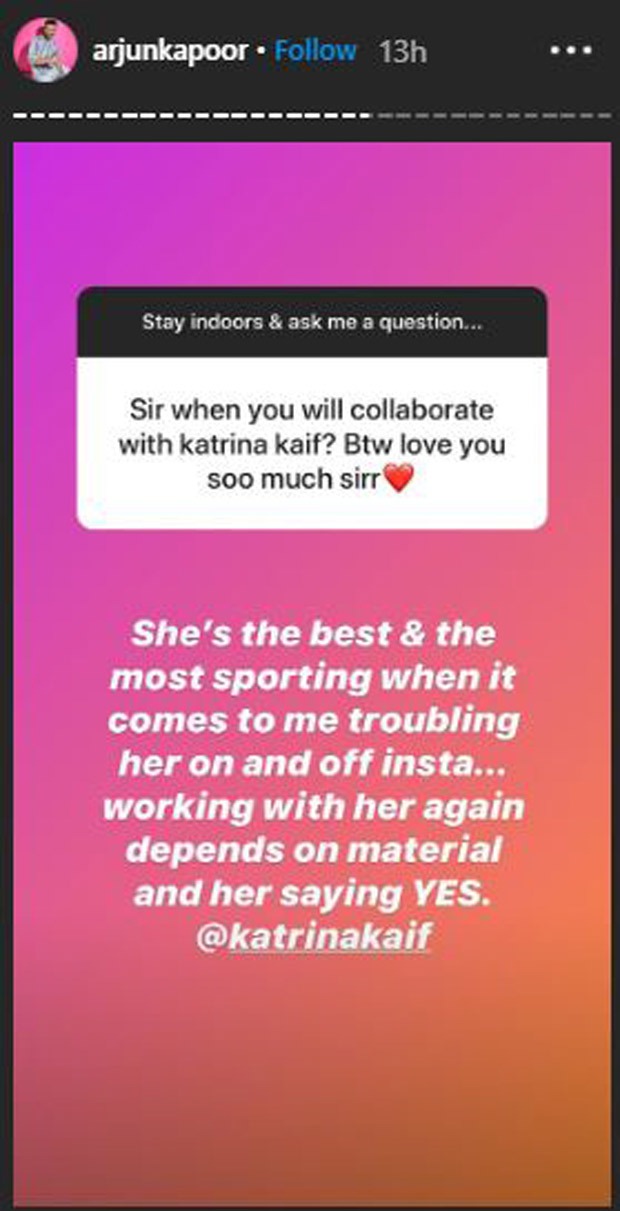 Meanwhile, Arjun Kapoor who was last seen in the film Panipat is currently waiting for the release of Sandeep Aur Pinky Faraar which was to release last week but had to be postponed due to the coronavirus outbreak. On the other hand, Katrina Kaif’s next film Sooryavanshi has also been postponed due to the pandemic.