With the county under lockdown, several people have a lot of free time. Many celebrities have taken to social media to keep themselves and their fans entertained. 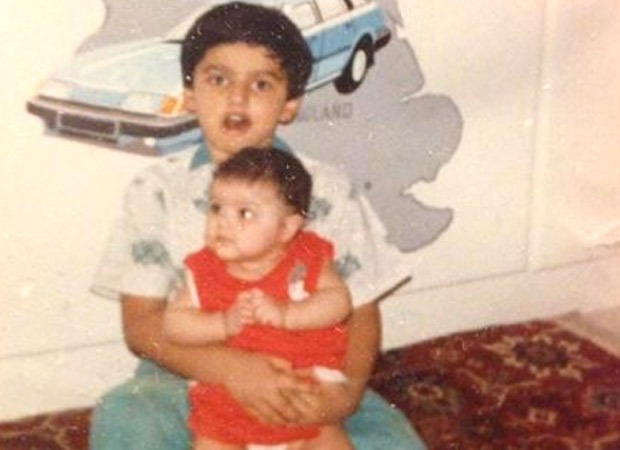 Actor Arjun Kapoor who often uses Instagram to reflect on his humorous side posted a childhood picture of him with sister Anshula Kapoor. In the picture, a baby Anshula can be seen sitting on Arjun’s lap. Sharing the picture, Arjun wrote, “Isolating Together since [email protected] (Yes, that’s a car painted on my cupboard just don’t ask why) #selfisolation #quarantineandchill #partnerincrime”

Isolating Together since 1990. @anshulakapoor (Yes, that’s a car painted on my cupboard just don’t ask why) #selfisolation #quarantineandchill #partnerincrime

On the work front, Arjun Kapoor was last seen in the film Panipat. He will next be seen in the film Sandeep Aur Pinky Faraar, which was slated to release last week. However, the date had to be pushed due to the coronavirus crisis. He will also resume shooting for Kaashvie Nair’s yet-untitled film with Rakul Preet Singh after the situation gets normal.

Also Read: Vicky Kaushal gives an Andaz Apna Apna reference while answering a question on his collaboration with Arjun Kapoor