Ajay Devgn, Akshay Kumar and Aamir Khan are known to be the biggest pranksters of our film industry. When shooting outdoors they conceive elaborate plan to prank their co-stars. On occasions they are known to go too far with their jokes. But who dares to stop them or not laugh at their masti? 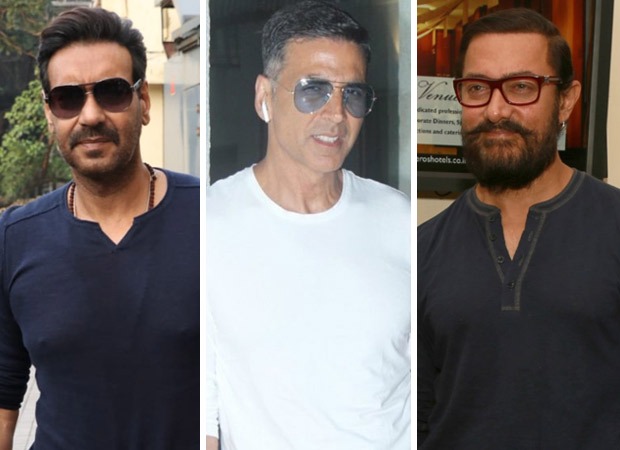 Aamir in fact lost a good friend Juhi Chawla when he went too far with his prank on the set of Indra Kumar’s Ishq. Apparently he pulled his favourite stunt on Juhi by pretending to read her hand and then spitting on it. Juhu being too propah to even consider such a “joke” to be funny simply stopped speaking to Aamir for the next 15 years. But seriously, the biggest prankster of Bollywood is not Aamir Khan. It is veteran actress Asha Parekh. In her heydays she was known to pull off some of the biggest pranks in showbiz on her unsuspecting co-stars.

Sunil Dutt who did films like Chhaya, Chirag and Heera with Asha Parekh told me once that he had to be ever-vigilant when he was shooting with Asha Parekh because one never knew what she would do.

Ashaji laughs at the memory of pranking the very decorous and gentle Sunil Dutt. “Yes, he was one my main targets, as were Shammi Kapoor and Joy Mukherjee. I was a big masti-khor (fun lover). And when not shooting I’d be constantly thinking of ways to prank my co-stars. I’d zero in on my target, and then take my other co-stars into confidence and then we’d attack.”

She recalls her best prank. “It was on Dutt Saab. We were shooting for a film and I hid his chappals under the seat of a chair in the studio. After shooting he looked everywhere for his footwear while I pretended to be very busy with other things. He did look strangely at me. I think he suspected I was behind this grand theft. But I stared back innocently. After all I was an actor, right? He finally gave up the search and left the studio bare feet. Many years later a pair of chappals was retrieved from under that chair in that studio where Dutt Saab and I were shooting.”

Ashaji says she had a very bum-chum rapport with all her co-stars. “I was like a pal with them. They never even dreamt of having an affair with me. The best way to keep working relations normal between men and women at the workplace is to never let your gender come in the way of your equation.”

She feels humour is still the best medicine. “Look at the world around us. In these troubled times if we don’t bring laughter into play how will we survive?