Anushka Sharma and Virat Kohli are one of the cutest couples of the industry who happen to post the best pictures of each other on their social media. From their wedding pictures to their holidays’ pictures, they have managed to become the dreamy couple with their subtle PDA. Currently, the Indian cricket team is in New Zealand for the ODI series and Anushka Sharma has accompanied her husband on the trip. 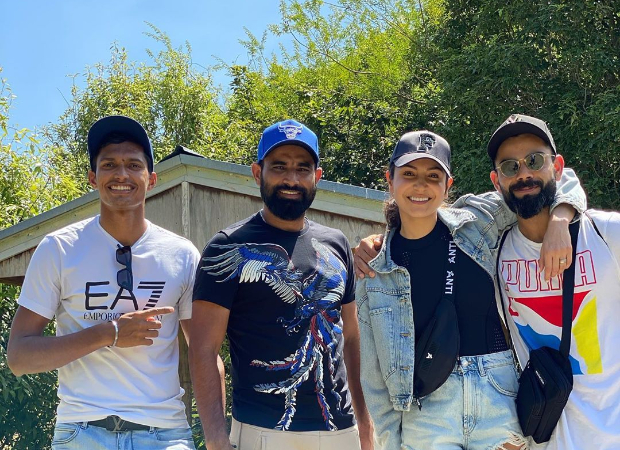 Heading for a day out in New Zealand with the team members, Mohammed Shami took to his Instagram to share a picture with Navdeep Saini, Anushka Sharma, and Virat Kohli. He posted the picture with the caption, “Blue springs Pututuru #TeamIndia #newzealand #naturephotography”, Dressed in casuals, VirUshka are giving us some major goals for being the most adorable couple.

Also Read: Anushka Sharma and Virat Kohli are here to make you fall in love with yet another ad film