Anushka Sharma has donned the producer’s hat once more, as her production banner Clean Slate Films is here with its brand new series Pataal Lok. With literally nowhere to go, we’re always looking up to OTT platforms to keep ourselves entertained. And it looks like Anushka is binge-watching her own show already! 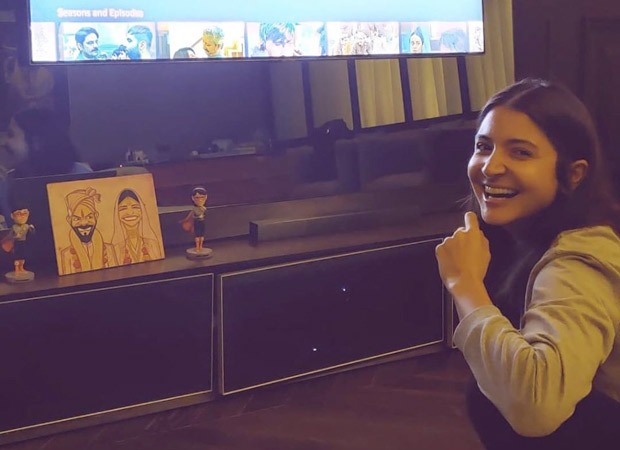 The actor took to Instagram to share a photo of herself seated at her drawing room as the show plays on her TV. “Sab lok ke sab log ab dekh rahe hai #PaatalLok. Go watch. Streaming NOW on @primevideoin,”she wrote. However, what caught our eyes was a caricature of her and husband Virat Kohli, kept below the TV. In the caricature, both the husband and the wife sport a big smile. In the comments section, fans were all praises for the photo as well! “That cute wedding caricature!!,” wrote Jacqueline Fernandez, while Katrina Kaif dropped heart emojis.

The caricature is a rework of a photo clicked at Virat and Anushka’s dreamy destination wedding at Italy’s Lake Como.