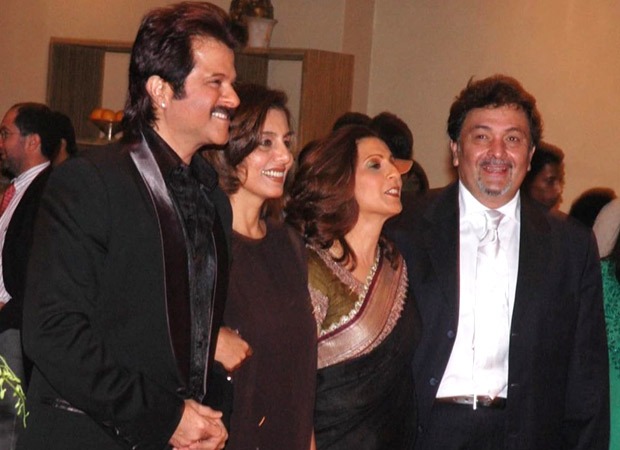 The photo, featuring Rishi and wife Neetu Kapoor accompanied by Anil and wife Sunita Kapoor, was taken during the launch of Saawariya, which released in 2007. Their respective children Ranbir Kapoor and Sonam Kapoor made their Bollywood debut together, with the film, helmed by Sanjay Leela Bhansali.

“Remembering James….Sharing the launch of Sonam and Ranbir’s careers with Neetu and Rishi is one of the happiest memories of my life…,” Anil wrote.

Remembering James…. Sharing the launch of Sonam and Ranbir’s careers with Neetu and Rishi is one of the happiest memories of my life…

In an earlier Instagram post, Anil also revealed why he addressed Rishi as James. “The reason I called Rishi Kapoor James was because according to me if there was anyone who looked as good as James Dean it was him…and he loved hearing that from me…he will always be James for me…,” he wrote.

Rishi, who was battling cancer for the past two years, breathed his last at a Mumbai hospital on 30th April.