On May 8, Amitabh Bachchan remembered two late actors – Irrfan Khan and Sridevi. He took to social media to share stills from Khuda Gawah and Piku as the films complete 28 years and 5 years respectively. Both Sridevi and Irrfan Khan have been two of the finest actors of the film industry and left the world a little too soon. 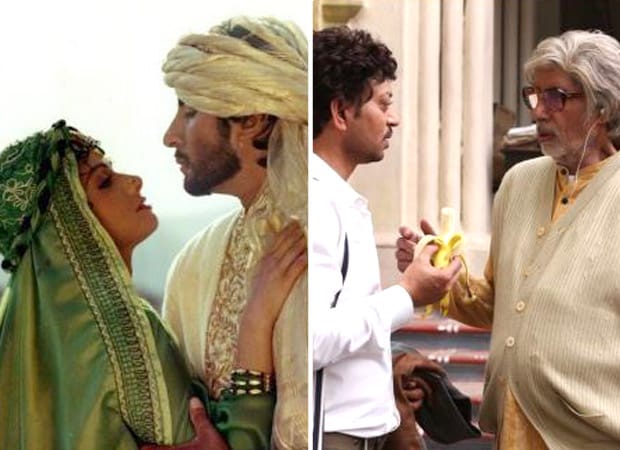 The Shahenshah actor took to Instagram and shared a collage of a still from both films. Sharing the picture, he wrote, “28 years of KHUDA GAWAH .. 5 years of PIKU .. today 8th May .. and in remembrance of the two that have left us.”

Amitabh Bachchan even took to his blog to share some memories of the films. “28 years of Khuda Gawah .. 5 years of Piku .. vivid as ever .. alive in memory .. lost in the remembrance of the two from there .. exceptional in presence and talent .. and leaving at such short presence .. But a third too from Khuda Gawah .. the director Mukul S Anand .. left too early .. the magic of his vision .. his eyes were magical camera lenses .. even after this large interval the frames he did were extraordinary .. Khuda Gawah .. the shooting in Afghanistan .. a book shall be required to describe that detail .. hopefully some day ..” he wrote talking about Khuda Gawah.

Remembering Piku in which he shared screen with Irrfan Khan and Deepika Padukone, he wrote, “.. and Piku .. each day spent in the delight of inventing, ad libbing .. making that which has not been written or described , but felt .. doing that which even during the early working days at Calcutta were never done .. cycling the streets ..”