Actor Akshay Kumar has been helping people who are suffering due to the ongoing coronavirus pandemic. Not only has the actor donated a huge sum to the PM CARES Fund, but has also donated PPE kits to BMC workers and donated funds to help daily wage workers of the film industry. 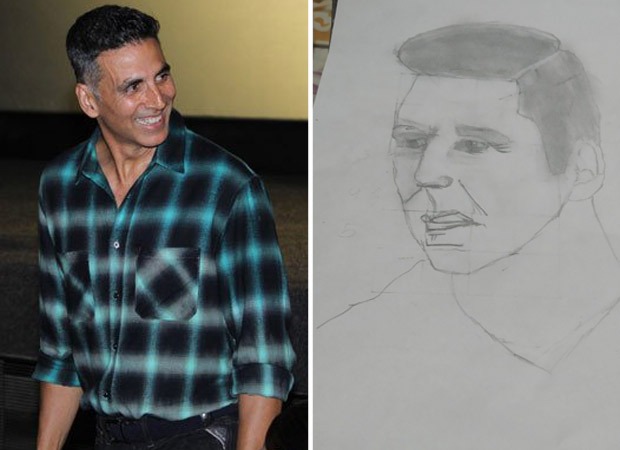 During the lockdown, the actor has become quite active on social media and has been spreading awareness amongst people. The actor recently responded to a 10-year-old fan who made a sketch for the first time. The little one revealed that he chose the actor for his first time. Sharing the picture of her son’s first-ever sketch, a user wrote, “@akshaykumar sir this is the first sketch done by my 10-year-old son Aditya Sarma and he hopes that u would like it. I know not that perfect but he’s tried to match it as far as possible. Hope you see this sir and if you could please send him a reply. Thank you.”

Acknowledging the tweet, Akshay Kumar wrote “Loved it! Please tell Aditya thank you, I’m honoured he chose me for his first sketch. Love and prayers always”

Loved it! Please tell Aditya thank you, I’m honoured he chose me for his first sketch . Love and prayers always ♥️ https://t.co/b6LSBmAHBe

Meanwhile, on the work front, the actor will next be seen in the film Laxmmi Bomb which will be released on Disney plus Hotstar. On the other hand, the Akshay Kumar starrer Sooryavanshi which was scheduled to release on March 24, has been postponed and will be released once theatres re-open.