After the success of 102 Not Out, Sony Pictures Films India and Umesh Shukla have come together for yet another family entertainer titled Aankh Micholi. The film revolves around a family of misfits with a crazily entertaining storyline which will surely make this Diwali a cracking one. The film has an intriguing ensemble cast of Abhimanyu, Mrunal Thakur, Paresh Rawal, Sharman Joshi, Divya Dutta, Abhishek Banerjee, Darshan Jariwala, Grusha Kapoor and Vijay Raaz which guarantees superb entertainment. Sachin-Jigar will be composing the music for the film. 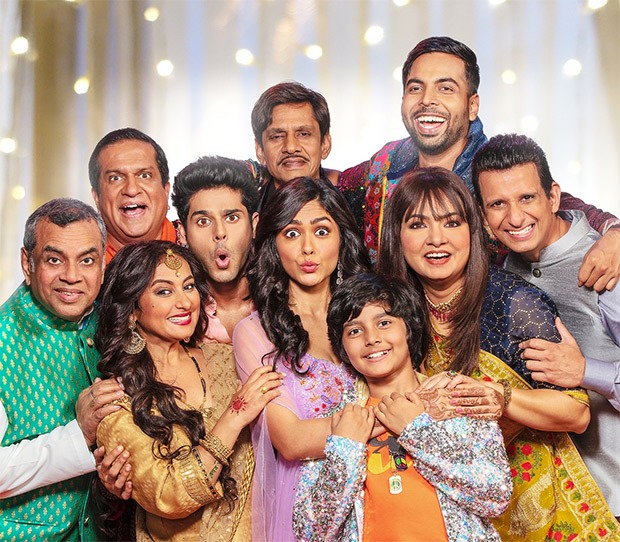 Aankh Micholi has been written by Jitendra Parmar. Prior to 102 Not Out, Umesh directed critically acclaimed super hit- Oh My God which earned a lot of accolades from the masses.

Vivek Krishnani, Managing Director, Sony Pictures Entertainment India says, ” Umesh Shukla, through his work over the years, has the innate ability to enthrall audiences by connecting with them through a powerful, humorous and entertaining narrative. As a studio, we are always looking out for engaging and riveting stories that can not only charm audiences but evoke strong emotions. I can proudly say that our next film with Umesh which is a family comedy has attracted the best talent in the industry, and with such a stellar ensemble and Umesh in the driver seat this Diwali will be truly a rib-tickling roller coaster ride for audiences Worldwide.”

Talking about the film, Director and Producer Umesh Shukla shares, “I am thrilled to again partner with Sony Pictures Films India for Aankh Micholi. The film is very close to my heart and I am proud to have been able to bring such an exciting cast together for the film. The family entertainer is a story of a family of misfits. Since it’s a complete family entertainer, we thought of releasing the film in Diwali and I can promise that the audiences will be in for a laugh riot.”

Aankh Micholi is produced by Sony Pictures Films India, Umesh Shukla and Ashish Wagh’s Merry Go Round Studios and the film will be shot across India and Europe.